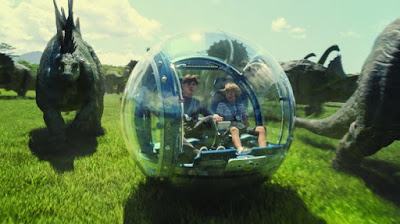 Movie Review by Jack Silbert
Jurassic World set an all-time box office record by raking in $208,806,270 over its opening weekend, not to mention another six bucks from me the following Tuesday. (That’s the bargain day at my local theater.) Now, I wasn’t a guaranteed audience member. Sure, I saw Jurassic Park back in 1993, and I liked it a lot. But I didn’t see The Lost World sequel in ’97, and even Steven Spielberg didn’t really show up for part III in 2001. 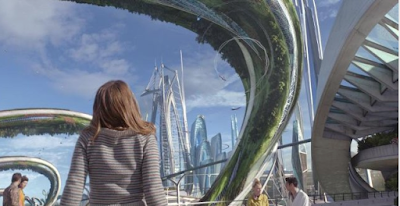 Movie Review by Jack Silbert
If a family trip to Tomorrowland at Disney World or Disneyland isn’t in the cards this Memorial Day weekend, will a visit to Tomorrowland at the multiplex suffice? Well, there is a lot of good stuff in it, but some not-so-good stuff too. I suppose in the end, it will depend on how much your kids appreciate a convoluted storyline.

It’s Sponge-Worthy, “The SpongeBob Movie: Sponge Out of Water” 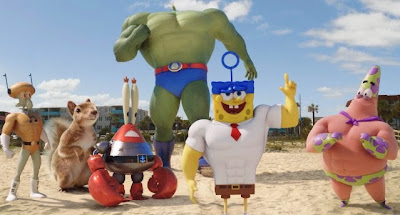 Movie Review by Jack Silbert
OK, OK, I was two weeks late seeing this, I apologize, the weather has been rough and maybe, just maybe, I was catching up on grown-up movies from 2014 that weren’t actually released until 2015. (That is totally cheating in my book, and you filmmakers are very lucky that I don’t get a vote in the Academy Awards.)

All This and Middle Earth, Too—“The Hobbit: The Battle of the Five Armies”

Movie Review by Jack Silbert
First off, kudos to Peter Jackson for getting the word “the” into his movie title three times. That’s only two fewer “the”s than armies!

The Raccoon's On Our Side: “Guardians of the Galaxy” 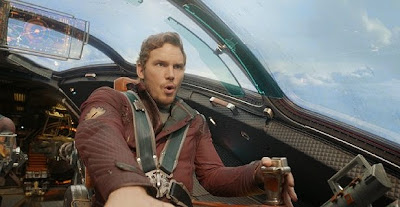 Movie Review by Jack Silbert
I’ll admit it: I was a little skeptical. Was Marvel scraping the bottom of the barrel, looking for even more superheroes to build a movie franchise around? Who the heck were the “Guardians of the Galaxy”? (Turns out the name has been kicking around the Marvel Universe since 1969, but the current team debuted in a 2008 comic book.) And then there was the stunt-casting: Bradley Cooper as a talking raccoon! Vin Diesel as a… uh… tree! Not to mention that August releases are not always your absolute top-quality films.

Books We Love: “When We Became Three: A Memory Book for the Modern Family” by Jill Caryl Weiner 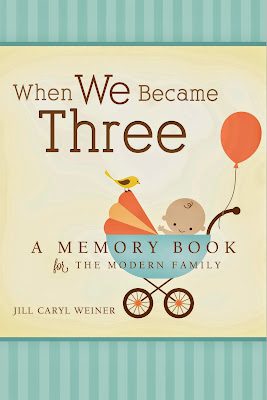 Author Interview by Jack Silbert
The old-fashioned memory book is having a hard time keeping up with the 64GB memory on your smartphone. So what is the modern parent to do, when it comes to recording baby’s big moments? Author Jill Caryl Weiner has the answer in her delightful When We Became Three: A Memory Book for the Modern Family. It’s funny, smart, sweet, and truly helpful (not to mention the perfect Father’s Day gift for the new or soon-to-be dad). We spoke to Jill about our 21st-century parenting landscape, oversharing on Facebook, and all those bunnies on standard baby books.

Not Too Big to Fail: Disney’s “Maleficent” 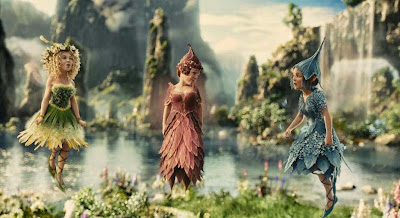 This film is aptly named. You get a whole lot of the character Maleficent in the film of the same name. Directed by near-legendary special effects man but first-time director Robert Stromberg, we meet the title character as a charming, giggly winged forest fairy-child. Maleficent has got a pair of curly horns, a rather literal interpretation of what I figured for an elaborate hat on the animated Maleficent in the 1959 classic, Sleeping Beauty. Young Maleficent meets a human boy in the forest who just happens to be named Stefan and a friendship forms. For fans of the original animated tale, that’s a touchstone we can appreciate. We’re off to the races.

This Week's Most Popular Posts: